Oliver Schroer On a Grander Tour 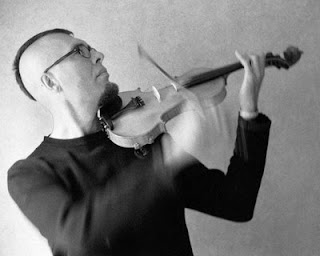 I just learned that Oliver passed away yesterday. I've been listening to his music daily for several months and am sad that he will no longer be among us. When i moved to Toronto almost 20 years ago one of the things i recall most vividly from the early 90s was going to see a play called The Storyteller At Fault - a storytelling and fiddle show. Dan Yashinsky performed a collection of his tales (re-worked from traditional sources) and Oliver scored the show and performed fiddle accompaniment that was so different from anything i'd heard done before that i can still hear those ethereal strains now. Oliver has a great website that's worth checking out: http://www.oliverschroer.com/index.htm and he also wrote a blog about his experience with leukemia. It is a brave and bittersweet document. And Oliver reminds me of my friend dian marino who died in 1992 after having lived with cancer for many years. dian was very critical and defiant of the common discourse around cancer, i.e. fighting cancer. She used to say that if one insisted on the frame of "fighting cancer" and, especially if the cancer was terminal, then not only was it inevitable that you would lose, you had already lost in a way. dian rejected this frame and embraced life more fully than anyone i've ever known up until her body could take no more. In an essay about living with cancer called White Flowers and a Grizzly Bear, dian wrote:

We do need a language of resistance in our struggles with chronic illness, but it needs to be a language free of militarism. I found it wonderfully healing to spend quiet time in nature - a form of resistance perhaps, but hardly a battle. (in Wild Garden: art, education and the culture of resistance, Toronto: Between the Lines)

Oliver reminded me of dian. They were kindred spirits. I know from interviews i heard on CBC that Oliver met his death with courage and equanimity. He used the word "acceptance" in one interview. And i heard that he never stopped playing or composing - up until the end.

There's a T-shirt i'm fond of (if also careful about) wearing that says, "You get what everyone gets. You get a lifetime." There is a face of a pretty goth girl with thick make-up and an udjat design around her eye and, as some of you who share my passion for comics know, this is the figure of the Sandman's older sister who is Death. It is a benign and compassionate vision of death (she's pretty hot, too) and it is one that i reflect on a great deal. It is not a sentiment i would share with someone who has just lost someone, but it is one that i think we would all do well to ponder from time to time. Our world puts such great store by the length of a life. And we neglect the depths that can be lived in mere days or hours. I know that Oliver understood something of this. And i am moved, saddened and comforted in this moment of loss.

There' s some lovely YouTube footage of Oliver that you can check out. This piece is from his last concert a month ago. He called the concert his "Last Concert on his Tour of this Planet."

And you simply MUST check out this CBC Concert on Demand: Oliver Schroer Tribute Concert.
Posted by Chris cavanagh at 7:35 pm