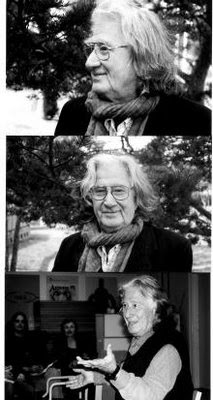 Augusto Boal passsed away in Rio de Janeiro early this morning after being hospitalized on April 28 on account of a respiratory infection, according to the Brazilian website Zero Hora. Augusto has been living with leukemia for some time and had just cancelled his travel plans to attend the annual Pedagogy and Theatre of the Oppressed Conference in Minneapolis in a few weeks.

Born in 1931 in the Rio suburb of Penha, Boal graduated in chemical engineering and was the founder of Theater of the Oppressed. Already weakened, he received in March of this year the title of ambassador of the theater world from the the United Nations Educational, Scientific and Cultural Organization (UNESCO).

Arrested and exiled during the military dictatorship in 1971, Boal returned to Brazil after 15 years at the invitation of then Secretary of Education of the state of Rio de Janeiro, Darcy Ribeiro.

I add my condolences to the many i am sure are being communicated to his family, colleagues and friends in the CTO-Rio.
Some of the T/O world:
The photos above are by Kent Hägglund from The Forumtheatre Festival in Gotland, 2003.
Posted by Chris cavanagh at 9:53 pm