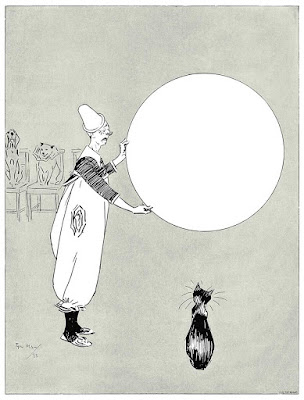 It was at the end of the 19th Century in Vienna, Austria where a man had begun to make a name for himself as a doctor of the mind. People came to see him from around Europe and the world. One day, a strange looking man entered the doctor’s office and stood silently before the receptionist’s desk. The receptionist looked up and saw before her perhaps the saddest looking person she’d ever seen.

“I want to see the doctor who I have heard so much about. He is my last hope,” said the stranger.

“You will have to make an appointment and return in a week,” said the receptionist.

The sad looking man reached deep into his coat pocket, pulled his hand out and dropped a handful of gold coins on the desk.

The receptionist was startled, coughed and said, “let me see what I can do.” She got up, went into the next room, and returned in a moment to say, “The doctor can see you for a few minutes.”

The stranger walked slowly into the inner office and sat in a chair opposite the doctor.

“What seems to be the problem, my friend with the pocket of gold coins,” asked the doctor kindly.

The stranger lifted his head and struggling to speak, said, “Lately I have been beset by ceaseless melancholy. Nothing gives me joy and everything seems pointless. I don’t know what to do. They say that you are a doctor of the mind and you are my last hope.”

The doctor smiled widely. “You have nothing to worry about, friend. For you have come at exactly the right moment. For, you see, the circus has just arrived in Vienna and they perform this very night. I myself plan to attend. As must you. You see, in this circus is the funniest man in the world. Now he has the saddest face of any clown that has ever lived – he never smiles, they say. But it is said that when you see him perform you forget all your worries and know only laughter. His name is Grimaldi and he is your cure.”

The stranger looked even more sad, if such was possible and he said, “Then there is no cure for me, kind sir. You see, I am Grimaldi.”

The doctor nodded slowly. “I see. I see. Then there is only one thing you can do.”

The stranger looked up hopefully.

“Tonight,” said the doctor, “you must kill yourself.”

“Then it is true,” said Grimaldi. “There is no cure and I must end my life. I will do it this very night.”

The doctor held up his hand saying, “No, no. you misunderstand.”

And then, emphasizing each word, and staring intensely at Grimaldi, he said, slowly, “You must kill yourself this evening, at the circus, for all to see.”

Grimaldi, wide-eyed, looked at the doctor. Slowly a smile grew on Grimaldi’s face.

“Thank-you,” he said to the doctor and left a handful of gold coins on the desk as he left.
That night Grimaldi set about to kill himself before the sold-out audience. He first tried to cut his throat with an over-sized knife. But the blade, made of rubber, cut and cut and made no mark. Then he tried to shoot himself but the gun shot out nothing but smoke and paper. He tried to hang himself but the rope broke and he tumbled to the circus floor with the crowd roaring all the while. Finally he climbed a tall ladder to throw himself to his death. He leapt from the ladder and everyone screamed. But Grimaldi’s suspenders were caught and he was pulled back to the ladder. No circus crowd had ever laughed so loud and hard.

And they say that that was the only night in his career that Grimaldi himself could not help but laugh. And he laughed and laughed until the tears flowed.

I first heard this story in the late 80s and have learned that it is an important part of the lore of clowning. I've since learned that Freud and Grimaldi lived in different times. But, as i read in Alice Kane's The Dreamer Awakes:

I was curious to see this story pop up in Alan Moore's comic Watchmen calling the clown Pagliacci (named, no doubt, for the opera).