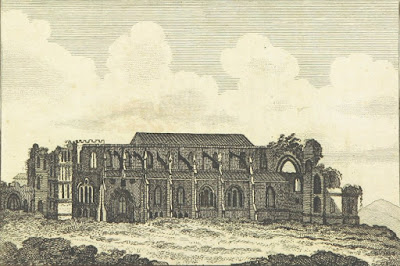 My dad told me this joke last week. For him it was one of many catholic jokes that we have shared over the years. And, having been raised catholic (despite that the whole religious part didn't quite stick) catholic jokes can still make me laugh more than jokes from other cultural/religious traditions. What i didn't realize growing up with catholic jokes is that they are mostly cleverly disguised wisdom tales and/or wry (even diabolical) acts of resistance against any number of pieces of church dogma. The latter purpose is the more obvious and certainly what i came to appreciate first about such jokes. Learning to see the wisdom in these stories took more time. As well as having the vantage of revisiting many of these jokes with my always-growing knowledge of stories from around the world. One of the great delights of storytelling research is finding similar stories in different traditions. The shock of recognition is always a pleasing experience. And this certainly fuelled my search for many years. But as i studied anthropology and comparative mythology/religion, i grew suspicious of this "shock of recognition" and the easy (even facile) conclusion that all stories are similar, that all cultures have the "same" stories. I read a good deal of Joseph Campbell's  work (The Hero with a Thousand Faces, The 4-volume Masks of God, The Flight of the Wild Gander, The Power of Myth) and i was greatly moved by his work. But as enthused as i was to learn of the the story pattern of the "hero's journey" which Campbell researched and analyzed so well, i grew increasingly discontent with his notion of the "monomyth."

Having opened myself to the influence of feminism, anti-racism, anti-colonialism and more, the idea of a "monomyth" seemed suspiciously aligned with the global domination of western culture. It was only when i came across the work of Wendy Doniger (Other Peoples' Myths: The Cave of Echoes) that i was finally able to articulate my discontent. Briefly, Doniger made the point that Campbell never moved beyond the thrill of the similarity of all stories. Such similarity is what, perhaps for most of us, is first noticed. But, as Doniger points out, where things really get interesting is how the stories are different.

This wee story about two words is one i first came across as a Buddhist tale. And it's pretty much the exact same story - just swap the nun for a monk and the Abbess for the head monk of a monastery and you've got the version that i have been most familiar with. But seeing this story cast in the context of a catholic joke and it takes on a fantastic array of other resonances. Their similarity is, indeed, pleasing. But their difference is wondrous.