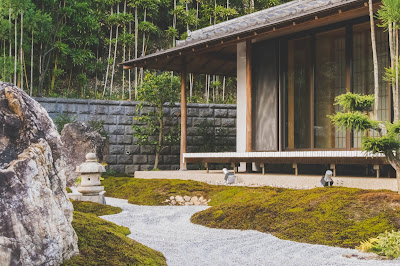 Two monks met each morning in the garden to walk silently around the monastery. One morning, one of the monks said that it might be pleasant to smoke a cigarette as they walked. The other monk agreed but said, “let us first ask the abbot.” The next morning when the monk who had mentioned smoking arrived in the garden, he saw his fellow monk already waiting and smoking a cigarette. “But did we not agree first to ask the abbot about smoking?”
“We did agree and I did ask.”
“But when I asked, the abbot refused permission.”
“Ahh, what exactly did you ask?”
“When I approached the abbot I asked, ‘Master, when I am walking and meditating in the garden, is it permissible for me to smoke a cigarette?” To which the Master said, ‘Absolutely not!’ Just what did you ask?”
“I said, ‘Master, when I am smoking in the garden, is it permissible for me to meditate?’ To which he replied, ‘Certainly.’”