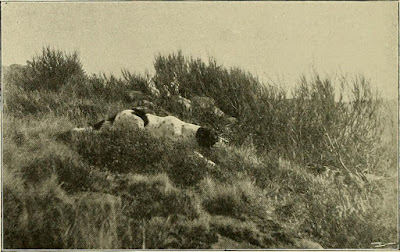 Many jokes are wisdom stories in disguise. And many wisdom stories are simply jokes in finer clothing. I've known this story for far too long to be able to remember when I first learned it. And it has always amused me. Most of the time when i tell it, people get the humour and i get the laugh that I expect. There's usually a couple of listeners left scratching their head, but i figure they'll get it sooner or later. And, since i resist interpreting stories (as i've learned from Sufi storytelling), i leave it to people to be satisfied with the wit of the joke or to plumb the epistemological depths of this tricky tale.

I've never been a great joke-teller. I'm just okay though I'm a fine teller of tales. But the family gift of telling jokes lives strongly in my brother. He has a gift that i admire greatly. He is able to live a joke in a way that is captivating and never fails to infect his listeners not only with the humour of the joke but also with his own delight. And, over the years, i've developed a deep respect for jokes and joke telling. Both from experiencing and enjoying my brother's telling (and my father's joke telling from which we learned) as well as encountering the work of Cathcart and Klein in their series of books about philosophy, politics, and jokes. The first is a must-read: Plato and a Platypus Walk into a Bar...: understanding philosophy through jokes (Penguin, 2007). I'm also a fan of Existential Comics which is always funny, frequently hilarious (in a Monty Python-ish "Philosopher's Football Match" kinda way), and usually quite instructive about philosophical discourse.

I told this New Dog story in a class once where I had, as a guest, a seasoned academic. As i observed the expected laughter on the part of most of the students, I was surprised to see what I took to be a puzzled expression from my guest who i heard say, "I've never gotten that joke," which made me realize that it wasn't a puzzled expression but actually one of mild irritation, if not offence. I wasn't about to call attention to the comment but i did think, "Now THAT'S funny."