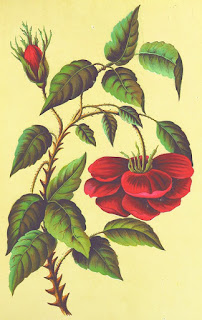 Once upon a time in a land where marriages were typically arranged and it was not uncommon for the betrothed to meet only on their wedding day, there was a young woman who was the pride of her village. She was much beloved and respected for her kindness, intelligence and beauty. So when she learned that her betrothed was not only intelligent but also considered the wisest person of his village, she, her family, and her community were all quite excited. As the bridegroom’s party arrived in the bride’s village for the ceremony, excitement rose. Everyone, and especially the bride, was excited to meet this young man about whom they had heard so much. The groom entered the wedding hall and a gasp of shock went around the room. The wedding guests were shocked to see that the groom was twisted and deformed – his back was hunched over and there was a great lump on it and one of his legs was twisted in a most unnatural way. Before anyone could say anything, the groom held up his hand and said, “Yes, I know my appearance is shocking and for this I beg your patience. I have only one request: that I be allowed to speak with the bride privately for a few moments. After that, I will abide whatever decision she makes without complaint.” Though strange, this nonetheless seemed a reasonable enough request and many of the assembled hoped that, indeed, the groom would be headed back to his village before long. The bride and groom went to one end of the hall where they sat facing each other ata  respectful distance and spoke quietly for some minutes. No one could hear what was said. They could see that the bride looked away often from the sight that was before her. After some time, they stood and approached the assembled.

The bride announced that the wedding would proceed. Everyone was shocked and puzzled, but they could see that the bride was at peace and even joyful. It was a lovely wedding. But the guests were never to know for sure what the groom had said to the bride.
If they could have heard what was said they would have heard the groom tell a story: “I have studied since I could read: Torah, Talmud, Midrash and more. I have learned that before we are born, the angels bring together the two souls that are to be married in life. These betrothed are allowed to meet briefly. The angels touch us on our lip just under our nose causing us to forget all that we knew, for we are not permitted to be born with this knowledge. The angel’s touch leaves the small depression under our nose – something that we all bear. Once there were two souls that were brought together this way. The groom was most excited. But he was saddened to see that his betrothed was deformed with a great hump on her back and her limbs and neck twisted askew. He turned immediately to the angels and asked if it was possible to take this curse from her and give it to him. The angels agreed and it was so. They touched the lip of the woman, who now stood straight and free of all the deformities she had had a moment before and she forgot. But when they turned to the man, now bent and twisted, they turned away in sadness and horror. They forgot to touch me on the lip. And so I was was born with the knowledge of this meeting.” The bride looked at the groom and she could see that the place under his nose, where everyone had a mark, was smooth. The groom said, “you were the soul that I met before we were born. I remember. And I would take these burdens on again and again for you. But there is no need to carry on with the wedding. I will abide by whatever you decide.”
I first heard this story over 25 years ago at a friend's wedding. His brother-in-law told this story as am offering to the bride and groom. It was the first time I'd ever seen someone tell a folk tale in public and I was enchanted. I remembered the story well enough to write it down and, from time to time, have searched for some source. I shared this story with a friend and fellow storyteller once and he told me that he believed it to be a tale told about the 12th Century spanish-born rabbi Moses ben Maimon known as Maimonides and as Rambam. I seem to recall coming across some published account of this but have been unable to lay my hands on it. I've thought about this story a lot over the years and continue to be enchanted by the idea of angel's touching our lips to make us forget our pre-born knowledge (and leaving us with the depression under our nose that we call a philtrum). It is one of the more unusual "beauty and the beast" type stories that I know.
Posted by Chris cavanagh at 5:16 pm