And A Horse Came Back 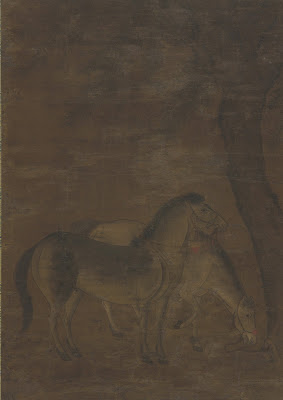 Once upon a time there lived a poor farmer who lived with his one son. It was a hard life on he farm and they had only one horse to help. One day their only horse ran away. All the villagers came by to offer their sympathies saying, “What will you do now? That was your only horse. How will you farm your land. You are so unlucky."

To this the poor farmer said, “We’ll see.”

A few days later the farmer’s horse came back bringing with it two wild horses. And the villagers came by to offer their congratulations saying, “Now you have two horses to work your land. You’re so lucky!”

A couple of days later the farmer’s son was training the wild horses when one of them threw him off its back and the boy broke his leg. And the villagers said, “Now who will help you work your land? That is your only son. How unlucky.”

A few days later the army came through town. They were drafting all the able-bodied young men to fight in a distant war for their emperor. All the young men of the village, except for the poor farmer’s injured boy, were taken away. The villagers watched as their children were taken away, knowing that many would never be seen again. They looked at the poor farmer whose boy had been left behind and said, “You’re so lucky.”

This is currently Taliesen's favourite story. And he loves to tell it, which he did last week in his class. And i recall that his cousin Renée also liked to tell this story when she was his age. It's a relatively well-known story that exists in many versions and which i first learned from my friend dian marino. I'm always fascinated by how the very young like this story. It carries such profound truth and, while the structure of the story is part of its appeal and which makes it very easy to learn, i can tell that the young "get it" in a way that most adults no not.