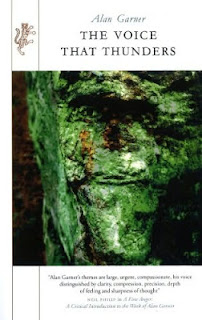 "I've tried to live my life right, just like a story," are the words of Tagish elder and storyteller Angela Sidney to anthropologist Julie Cruikshank and from which the title of one of the best books i've ever read on storytelling comes: Life Lived Like a Story. This book makes a powerful and persuasive case that our life stories - what many would think of as biography - is not nearly as separate as we think from other stories we know (folk tale, myth, even fiction). Since reading this book over 20 years ago i have certainly done what i can to take Angela's advice. Including seeing the remarkable stories in the lives all around me. Watching Taliesen grow i can see that all childhood is lived in a world where myth and story have a power that, sadly, many of us forget (and ignore) as we grow older. Though this power always lies before us (hiding in plain sight) and ready to be reclaimed. Often i've felt a unique flush of feeling that is an echo from long ago - my mind and body remembering how i once inhabited the world of superheroes and Greek myth and science-fiction and fantasy stories. They were real then, in a way that they are not now. Though i have managed to keep alive some of that childhood capacity for credulity (something we consider a pejorative as adults) and wonder.

So, when i read of remarkable lives such as that of Albin Trowski i am amazed and heartened about the power of stories as well as encouraged once again to see the stories in our lives - from the amazing way a child moves through a world of story and myth to the story (as powerful as any myth) of my partner J'net's survival through a harrowing world to achieve wonders and to the heartbreaking struggles of an eleven-year-old girl who must navigate the mundanities and inadequacies of an overtaxed education system that treat bullying as a disease that can be rooted out rather than the endemic expression of a system of structured inequality. I learned of Albin Trowski in an essay by Alan Garner (one of favourite writers since reading his Weirdstone of Brisingamen when i was 11). In In his essay The Voice in the Shadow (in The Voice That Thunders: Essays and Lectures. London: The Harvill Press, 1997. PP. 146-148. ) he tells the story of his friend Albin.

In 1939 Albin returned to Poland from an arts students' tour of Eastern Europe intending to enlist, fight for Poland and probably die. Instead he was found by a German patrol and, being bilingual, quickly decided not to die by posing as a German. Thus he  became an unwilling participant in the Nazi's Russian Campaign which included two winters living through the siege of Stalingrad. As Garner writes:

[Albin] was part of a small contingent of artillery, and their method of advancing, and of finding food, was simple. They attacked any farm or cottage that they came across, killed the inhabitants and took the food. Albin volunteered to be the executioner. He would ride ahead, in his leather coat and steel helmet, on his motorcycle, machine-gun slung across his back, roar into the farmyard, loose off a few rounds into the air, throw his helmet and gun onto the ground, and shout, in Russian, “Don’t shoot!” The genius of the plan lay in his getting rid of the helmet. He was no longer an icon of the Reich, but a teenager and a human being.

He would then make social contact with the peasant or farmer, occasionally firing into the air, for the benefit of the approaching Germans, tell the Russians what was happening, that he had to have some food to show for his efforts, and that they must hide. He would then go to every one of the family and say, “My name is Albin. Look at my face. Remember it. I shall be back.” Then he would empty his magazine, put on his helmet, and roar off back to the troop of artillery, a slaughterer of inferior beings and a member of the master race.

Finally choosing to flee the doomed Battle of Stalingrad, Albin made his way home being aided by the peasants who, indeed, remembered him. But, captured by the Gestapo (and, remarkably, not shot as a deserter on account of how poorly the war was going for the Germans at that moment) he found himself in charge of a group of gunners retreating up Italy. Being of like mind with his troop, they negotiated a surrender to the Americans. And Albin found himself serving in the American army as a translator and "identifier of members of the SS." This latter task discouraged Albin and he was allowed to leave to join the Free Polish Army in Scotland.


Albin took part in the D-Day landing and fought all the way into Germany until the end of the war. He was then told that he could go home. “But it is not now the Poland I would have died for,” said Albin. So they asked him what he wanted to do. “Well,” said Albin, “the only place where I’ve been happy since this started is Manchester, England.” No problem, said the Poles. But you’ll have to be discharged from the British army. So Albin joined the British army. And ever since has lived in Manchester, painting, the holder of the Iron Cross, two Eastern Front Oak Wreaths, the American Africa medal, the Free Polish Army medal and the British Defence medal.

One of the most remarkable lives of the 20th Century, for sure. But then this is merely one we have learned of. How many go unsung, untold? At least publicly - for surely within families are to be found wondrous accounts (see my next post on Searching for Sugarman). Garner tells Albin's story as part of a discussion of myth and story and he concludes Albin's tale with this:


... Albin [during the Russian winters] was always in demand among his fellows, because of his drawing skills. At first he supplied the barracks with pin-ups. Then came the first winter, when the Germans were eating dogs, cats, rats and horses. Only one thing was required of Albin: explicit and detailed pornography. By the second winter, the Germans were reduced to boot leather and cannibalism. Yet Albin was still commanded to draw. He had to draw witches, trolls, tree-spirits, dwarfs, ogres, warlocks, goblins: all the creatures of folk-memory. The dying men were crying out for contact with the collective unconscious. They craved myth: the images of everlasting life. At the end, they wanted spiritual truth.

My memory of having read this many years ago was that Albin had drawn "comics" which is not exactly what Garner writes. But close enough. And i find in Albin's experience something powerfully explanatory about my love of comics (and, by extension, all art - though comics hold a unique place in my mind and heart). Did the dying men, in their moment of doom, reach out for what Angela advises us: to see their lives as being lived like a story? Garner plops in the Jungian notion of collective unconscious and that's a fine explanation for things - one i credit with a great deal of meaning. But there is yet something simpler going on - something with which we are all connected as children and which we leave behind in childhood at our peril. The connection to story. For isn't that, for all of us, our first technology of meaning-making? And one that becomes as fundamental to our being as language. Which is to say it is something we can never lose - not as long as we still have the capacity to communicate.

I admit that when i first read Garner's account of Albin, my desire to believe it a true tale was stronger than my actual belief. But then that's kind of how i treat all stories. However, i did come across this obit about Albin Trowsky that apparently confirms what Garner shares. A life lived with story and like a story, indeed.
Posted by Chris cavanagh at 10:52 am No comments:

I Still Remember All Their Names

Though almost a half-century now separates me from those days of primary and high school, i can still remember the names of my many tormentors. I haven't thought of those days for some time - the memories still retain so much hurt and isolation. And as i listen to our eleven-year-old tell stories of being picked-on, singled-out for ridicule and bullied, i am forced to remember what i had to put up with. Nor did reporting the countless daily indignities to my parents elicit any relief. i can't recall how and if i reported these indignities, though i expect i tried. What i remember most clearly, if also sadly, is that schooling was place that i was utterly on my own and alone. My good marks served to satisfy my parents that i needed little, if any, attention. My primary schooling happened in a Montreal suburb for which i have less than no affection. I was one of the kids who lived furthest from school and therefore required busing. Public school was denominational and i was enrolled in an English Catholic school. We were bused along with the kids who went to the French Catholic school and who were dropped off first before the bus proceeded to the next school. This was a twice-a-day arena for French-English combat which meant starting every school day with stress and fatigue from trying to survive that wretched commute. And it bookended every day with the same. My primary school days were a war zone i lived between the refuge of my boundless curiosity and our own pathetic version of Lord of the Flies. Thinking back on those bleak years i know that i learned then as much about the capacity for human cruelty, disregard and neglect as i would ever learn. It laid down a template (or perhaps a measuring rod) that i was able to use to understand the more catastrophic examples of human cruelty - from the Armenian genocide (which i learned about from some Armenian neighbours and their grandmother who was my piano teacher for a time) to the Holocaust and so much more. Though i was able to learn the vocabulary of psychology and, later, class (i.e.marxism), with which to reinterpret those years and "see" the context of oppression that structured the sad choices we made, the hurt of those years still lives in me. And, while J'net and i counsel our eleven-year-old with patience and love, when i think of what lies in store for our four-year-old, i am undone. I don't know what choices i will make when it comes time to think about sending our wee one into the public school system. But from the vantage of remembering what almost killed me as a child, i am, to say the least, reluctant to think about sending a child into that world (albeit it seems slightly improved from what i suffered). I obviously have much more thinking to do on all this.

Posted by Chris cavanagh at 10:43 am No comments:

10 Responses to the Phrase "Man Up"

Whether it's the phrase "man up" or any of countless phrases of oppressive counsel ("get over it", "what are you gonna do?", "suck it up", etc.) this performance is powerful medicine.
Posted by Chris cavanagh at 9:43 pm No comments: