Coalitions are Nothing to Fear 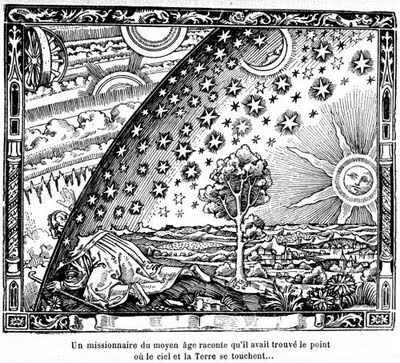 We're having an election here in Canada and, while many people (in Libya, Egypt, Syria, Gaza, et al) are currently risking their lives and dying for a more just system of political rule many Canadians treat blithely if not contemptuously their right to vote. The media reports of "annoyance" with "another election" were a discouraging start to our democratic ritual. Nor can i be surprised at this when most people believe democratic participation begins and ends with voting. The current common sense that rules our lives encourages passivity and trains too many of us to respond with irritation to anything that disrupts our shopping and TV-watching. There are signs of hope everywhere for those of us who look. But today i feel like ranting (just a bit) at the dangerous foolishness that abounds. And while i may sound like a pessimist (or even cynic, which i most definitely am not) my words are fueled by discouragement (which, as Eduardo Galeano writes, is evidence that one has courage) and, perhaps more passionately by my deeper desires for hope and love.

My frustration in this political moment is spurred by two things which upset me in equal measure: one is the repetition of lies by Stephen Harper (or call them falsehoods or half-truths if "lies" seems too aggressive). The second is that so many people seem unphased in their support for Stephen Harper's Conservatives. So, what is the link between the lies (of which there are so many) and the docility of supporters for Stephen Harper's Conservatives? And here is where can be found some hope for better public discourse. Watching CBC's Peter Mansbridge interview with Harper in which Harper once again asserted (and alleged) the "threat of a coalition" i was reminded of the work of University of Guelph philosopher John McMurtry who wrote many years ago about the mass media and what he called "unspeakable truths". (If you're interested in his philosophical argument/explanation of these you can find the original 1988 article here.)

While his philosophical reasoning is a tad beyond my capacities (or patience, perhaps) I was deeply moved when, many years ago, i first read McMurtry's list of "unspeakable truths." (i list them all at the end of this post.) They were thirty examples of assertions (of "truths") that are never or very rarely included in the mass media which, supposedly being objective and covering all sides of an issue (or at least the proverbial "both" sides) in a way that allows viewers/readers/listeners to make up their own mind, means that these different "truths" are virtually "unspeakable". For instance, McMurtry's first example is "Taking more out than you put in as a regular practice – as in money profits – is morally wrong." I trust that the "truth" expressed here is neither cryptic nor new. And it is a "truth" (or call it an opinion, a principle, a position, if you prefer) that i know many people believe. And yet, it is one excluded from public discourse except in rare instances where it is firmly framed as a fringe notion and thus ensuring that the common sense remains undisturbed. I am struck on re-reading McMurtry's thirty examples of how firmly i remain in the grip of common sense. While most of his "truths" do, in fact, represent the way i see things (when i stop to think about it), i realize that most of the time, by default, i behave as if their opposites are true.

And so, to Harper's continued fear-mongering around coalitions. I did watch Peter Mansbridge's interview last week with a bit of relief as, for once, someone in the media was pushing the point that our system of parliamentary democracy includes the option of coalitions. There is nothing, procedurally, wrong with them. And for once, Harper came off looking prissy and bratty about his position. (I only hope enough people were watching and listening critically.) That Harper is politically against the notion of coalition is fine. He's entitled to his opinion (even if hypocritical, given his earlier actions well-exposed by Gilles Duceppe). While i am convinced that Harper's denial of his earlier support for a coalition is a lie, this is a peccadillo compared to the lie that he is repeating over and over again in that repeat-a-lie-often-enough-and-it-becomes-true dynamic. Every time Harper makes this assertion and the mass media fails to "correct" him with the truth that coalitions are, in fact, a legitimate option in a parliamentary system, the lie gains more purchase and for more and more people it becomes true. And there is a more insidious "truth" that is piggybacking along for the ride: that somehow coalitions are not the "Canadian way" which, by implication, means that anyone promoting the notion of coalition is being anti-Canadian. This last piece of Harper's truth is contemptuous and hateful. I feel there is more than enough evidence of Harper's contempt for both democracy and the Canadian people: his framing of parliamentary process as "bickering", his assertion that Canadians aren't interested in parliamentary process, his actions on the long-form census and so much more. And yet it seems like people are more prone to being made fearful about economic uncertainty than they are to being angered over being treated like spoiled children who need a disciplinarian father (whose face, when extolling his ideology, is set on perma-smirk).

I am heartened by Jack Layton's rising popularity and i do hope that more Canadians do rise to act more critically and thoughtfully than Harper is counting on. Our choice is between fear-mongered-narrow-self-interest (i.e. cut my taxes, "don't bother me with all this democracy crap") and learning better how to care for each other.

Here are McMurtry's 30 examples of "unspeakable truths" (written in 1988) which you can test for yourself by asking "how many times do i see this "truth" in the mass media:

Posted by Chris cavanagh at 7:53 am 2 comments:

Origami has been part of my life since before i can remember. Fortune-tellers, water bombs and, of course, paper airplanes. I'm not sure i knew about origami per se until my best friend Majid, a fellow CEGEP student (an immigrant from Iran) taught me how to make a paper crane - something he's learned in the UK from a fellow language student from Japan. I made hundreds of cranes, perhaps thousands before eventually developing curiosity about what else could be done. It was my good luck to find a book in the Vancouver Public Library (while living in Vancouver one summer in the early 80s) by Akira Yoshizawa. It opened up a world for me. One that has grown and one that dazzles me regularly.
Posted by Chris cavanagh at 3:50 pm 1 comment: