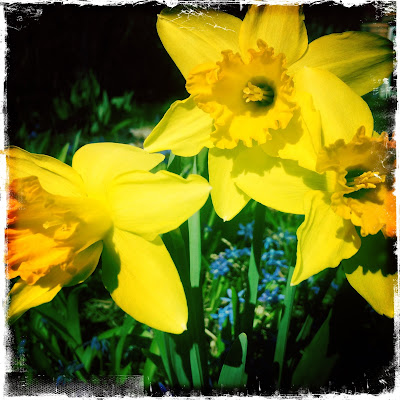 A battle raged. One soldier staggered back to camp from the battlefront and asked the sergeant if his friend was back yet. The sergeant said, “no,” and the soldier asked permission to go get his friend. The sergeant denied permission saying, “he’s already dead and I don’t want to lose you as well.” The soldier went anyway and returned, mortally wounded but carrying the body of his dead friend. The sergeant, furious, said, “I told you he was dead and now I've lost you both. Was it worth it?” The dying soldier said, “Yes, sir, when I found him he was still alive and said, “Jack, I was sure you’d come.”

I do not tell nor share this story often. I learned it from one of Anthony de Mello's collection of tales and it is one of set of tales that I hold close to my heart. If I gave that set a name it would probably be "The Bittersweet." From Anne Carson's extended meditation/scholarly discussion on this notion, Eros the Bittersweet, I learned that "the bittersweet" is what is most true about life. Several years ago, dissatisfied by a Robert Bly translation of the Antonio Machado poem "Anoche cuando dormia" (Last night while sleeping), I studied the original and worked my own translation (which you can read here). Bly's choice was to interpret this as a poem about failure. But the word he translated as "failure" is "amarguras" which, as I explained in my blog post, means "bitternesses" which struck me as the obvious counterpoint to the sweetness of honey. This poem reminds me to reflect on those things that feel to me like failures (and there are so so many) and think again about the patterns in life and whether such things are better re:framed as losses - the kinds of losses that are simply the unavoidable stuff of the brief sojourn we call life. It feels to me that I spend a lot of the past few years thinking about losses but that's just because I tend to forget for just how long such thoughts have been part of daily meditations. If it feels like i think about such things more these days, I think it is probably simply because such thoughts are thrown into stark relief by the daily joy of the love I share with Taliesen and Thée. Joy had always felt to me like a nice option, a luxury, if you will. But having children to care for has taught me to understand joy more as an obligation. For surely there is enough sorrow in the world that both Taliesen's and Thée's lives will have the usual abundance. Joy seems the scarcer matter and therefore all the more important to feature in the lives of our children. I love Kahlil Gibran's passage in The Prophet about "Joy and Sorrow" in which he eloquently links the two together and which I see as another expression of "the bittersweet." We cannot have one without the other. And I've learned the hard way (over and over again) that to deny someone their suffering is also to diminish their opportunity to experience joy. This is a complicated truth that I think about both in my life as a parent and as a university course instructor. For in both roles I feel an obligation to reveal both the joys and sorrows of the world. I believe that as a parent, I err on the side of the former while as a course instructor, the latter. Nor am I sure that that's the right thing to do. And so I blunder along.

One of the most moving books I have read in the past decade is Arthur Frank's The Renewal of Generosity: Illness, Medicine, and How to Live. The attention he gives to "generosity" in the contexts of how we care for each other when we are ill or dying is a call to act generously with ourselves and each other sooner rather than later. For it is one of the bittersweet truths of life that we will all experience moments when we are needful of the care of others. We are born in such circumstances and, sudden accidental death aside, we die the same way. I've just re-read this book for the third or fourth time and am moved once again to reflect on the importance of generosity in our lives - so much so that I believe there is nothing more important in life than to accompany each other on this journey - to be there for each other - to be present. Which is what de Mello's wee tale acts as poignant reminder.

Spring is the season of renewal. Through the darkness of winter the seeds and bulbs of countless plants nurture a light that bursts from the Spring ground with as much dazzle as shines from the sun above. And I remember the Easters of my youth as spring-bright and filled with sweetness  - that diminished for a short while the many "amarguras" (bitternesses) of a childhood otherwise filled with immense and, at that time, mysterious sadness. Such sadness is less mysterious to me now but not necessarily diminished. It is, if anything, stronger than ever. As my favourite passage from Ecclesiastes (1:18-KJB) puts it, “In much wisdom is much grief and s/he that increaseth knowledge increaseth sorrow." Yet another expression of "the bittersweet." And it has long-since been a central tenet of my approach to learning that I choose knowledge regardless of  sorrow. From Viktor Frankl I have learned that there is no better way to face sorrow and loss than to learn from it and with that learning better choose our disposition towards suffering.

In our world in which there is so much crass talk of "happiness" that can be had by buying and buying into the many consumer choices and ideas of our capitalist economies, I feel that nothing is more important to learn than how to be generous with each other, to understand that generosity is more than kindness, that it is far more than simply giving away what one already has in over-abundance (an over-abundance that is all-too-often the consequence of histories of oppression that create the privilege of the few), that generosity only starts at the point of sacrifice, that life, for all of us, is a unique blend of sorrow and joy, suffering and meaning. At the core of all my popular education work is this truth. And I still struggle about how best to "teach" this (as well as live it as a parent and friend), inspired by Audre Lorde's famous words, "For the master's tools will never dismantle the master's house." Sister Outsider: Essays and Speeches. (1984, Ed. Berkeley, CA: Crossing Press), pp. 110- 114.)

Posted by Chris cavanagh at 12:22 pm No comments: