Once the ruler Akbar called Tansen before him to sing. Akbar listened and was, as usual, amazed at the talent of this singer. He praised Tansen. But Tansen said to Akbar, “My singing is little compared to that of my teacher.” “Then I must meet your teacher,” said Akbar. But Tansen explained that his teacher agreed to meet few people. There was no guarantee that he would meet Akbar. However, if Akbar were to travel on foot wearing only ordinary clothing there was a possibility that Tansen’s teacher might agree to meet him. Akbar did as Tansen suggested and they set out on the journey together. They approached the mountain range where Tansen’s teacher lived. The teacher saw that Akbar approached on foot and wearing ordinary clothes. He welcomed them and Akbar and Tansen sat before the teacher. Tansen’s teacher began to sing. The music made the plants and the trees vibrate. All creatures paused and listened. Akbar and Tansen went into a trance and were transported beyond the world they knew. Akbar did not know how long he was in that trance but when he came out of it Tansen’s teacher was nowhere to be seen. Tansen explained that once his teacher sang for someone it was unlikely that they would ever see him again. Akbar was satisfied and returned to his palace. Some weeks later he called Tansen before him and asked him to sing the raga that his teacher had sung for them. Tansen obliged and sang. When the song was over Akbar looked long at Tansen and said, “It is true that that is the raga your teacher sang. But it is different. How is that?” “Ah,” sighed Tansen. “You see, while I stand here and sing before you, the emperor, my teacher sings before God.”

One thing i love about storytelling is the searching for stories. I love pouring through books, reading websites, browsing libraries and bookstores, observing the world around me. And, of course, listening, always listening. The 1,001 Friday Nights of Storytelling is one of the greatest places to listen in the world. It was in a Barnes and Noble somewhere north of San Francisco that i found a copy of Hazrat Inayat Khan's Tales (Omega Publications, 1980). A book with that title will always catch my attention. And, indeed, opening it to see it filled with short tales clinched it. The book is a collection of Sufi "teaching tales" and anecdotes of Khan's experience. Hazrat Inayat Khan was, amongst other things, a musician and the founder of the International Sufi Movement now known as the Sufi Order Inayati. Sufi stories are amongst my favourite in the world. Often enigmatic riddles, they move around one's consciousness like beautiful birds catching one's attention one minute and flitting away the next. I think i've come to understand that one of the essential characteristics of a "teaching story" is that they continue to teach long after they have been first encountered. For these stories, unlike a riddles, don't have just "one answer" but countless answers. Every context in which i recall a story changes the meaning of that story, adding to it, refracting it, making it new again.

Image: Akbar and Tansen visit Swami Haridas in Vrindavan. Swami Haridas is to the right, playing the lute; Akbar is to the left, dressed as a common man; Tansen is in the middle, listening to Haridas. Jaipur-Kishangarh mixed style, ca. 1750
Posted by Chris cavanagh at 8:34 am No comments: 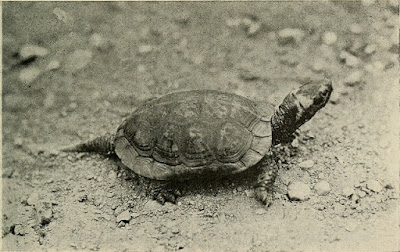 Once upon a time, a turtle walking along a path was stopped by a leopard that jumped in front of him. The turtle, realizing his doom, said, “Sir Leopard, would you allow me a moment to prepare myself before you kill and eat me?” The leopard thought this an odd request, but saw no reason not to agree for, he thought, he was hardly in danger of losing his meal. “Prepare yourself,” said the leopard. The turtle scurried back and forth across the path, scuffing the dirt, raising the dust, and making a mess of the path. After doing this for a few minutes he stopped, caught his breath, and looked at the leopard and said, “I am ready.” The leopard looked at the turtle and asked “Why did you do this?” The turtle answered, “So that when others come by and see what is left of my body, they will say, ‘a great battle happened here.'”

I first learned this story from Dan Yashinsky who learned it from Chinua Achebe's Anthills of the Savannah which i have since read twice. While i hope that this isn't the eventual story of my life and though it is the story of many a life, it certainly feels often that this is the story i am living.

Image: https://flic.kr/p/tCnrnf
Posted by Chris cavanagh at 10:47 am No comments: 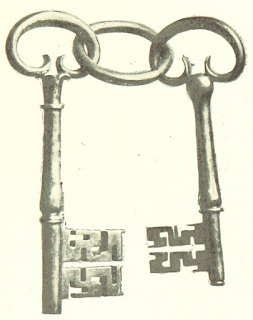 This s a beloved tale. Wickedly wise. I have told it many times and it never fails simultaneously to delight and confound audiences. Some people love it immediately while others scratch their heads in consternation if not, in a few cases, irritation. I'm especially fond of telling this story in university settings where the conceits of dominant (if not hegemonic) practices of knowledge-making are so deeply fortified. I've often thought of telling this tale in the contexts of organizational change work that i've done for many non-profits and social justice groups but i am more careful. Universities, as sites of hegemonic power don't deserve much sympathy. And, as much as i have often felt like applying this story in community-based contexts, i am not usually contracted to wage my philosophies against the various conceits and received understandings of organizations that see themselves as resisting dominant and unjust uses of power.

This story also reminds me of a delightful episode of the Spanish animation Pocoyo - translated into English and narrated by the wonderful Stephen Fry:

Posted by Chris cavanagh at 11:34 am No comments:

There once lived a farmer who worked hard to till his land and feed his three children. His wife had died some years before and he realized that he was getting on in years and should think about how he would one day pass on the land to his children. Should he die suddenly he didn’t want there to be any fighting over who would get what. So he called his two sons and his daughter together and told them that he had designed a contest. Each would have a turn at filling the shed beside the barn as full as they could. The one to fill it the most would be the winner and would get to have the first choice of land to inherit. The children agreed and the father turned to his oldest child, his son, and nodded.

The first boy went all over the land and gathered every stone and boulder and pebble and brought them back to the shed where he piled them all in. He pushed and shoved and carried until he closed the shed door with difficulty. The shed’s walls and door bulged with the weight of the stones inside. The boy, knees and elbows scraped and bloodied, turned to his father.

The father nodded and smiled and said, “That is a very good effort. I am most impressed.” Then he bent down and picked up a handful of dirt which he threw into the shed through cracks in the wall. The sand disappeared inside. “A very good effort,” repeated the father. “Now let us see how your brother can do.”

The shed was cleaned out and the second child, taking a wheelbarrow, gathered as much sand and dirt as he could from all over the farm. Load after load, he piled the sand and dirt into the shed. He pushed it in and stamped it down and packed it tight. With the door shut and bulging he still pushed sand and dirt in under the crack. He packed it into the cracks. Again the walls of the shed bulged from the weight of the sand inside. The boy turned to his father.

“Very impressive. A mighty feat. I congratulate you.” Then the father went over to a bucket of water and filled a cup which he brought back to the shed and poured the water in through a crack in the roof. The water disappeared inside. “A good and noble effort, my son. Now let us see what your sister can do.”

The shed was emptied once again but when the father and boys looked for the girl, she was nowhere to be seen. They called out, looked around, and then heard the door of the house open. The girl was carrying something cupped in her hands. She walked past her father and her brothers into the shed and placed something down in the middle. She stepped back and her brothers and father saw that it was a candle. And the light from that candle filled that shed to every corner. The girl turned and faced her father and brothers and they smiled at her.

I love this story and most often tell it as a riddle, asking listeners to guess at what it was the girl placed in the shed to win the contest. I told this last week in the park to my son (who has heard the story several times) and his friends (who have heard the story at least a couple of times - on one of my storytelling visits to their class) and still, they loved the story and loved the riddle.
Posted by Chris cavanagh at 9:15 pm No comments: