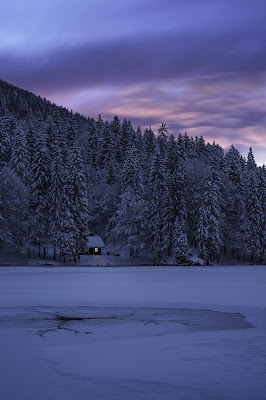 (with thanks to Bob Kanegis for the title to this blog post. Check out his blog here: https://storytellerscampfire.wordpress.com/)

Hazrat Inayat Khan tells a story of Moses who invited the Lord God of Israel to break bread with him. Moses’ God answered that he would indeed come. Moses prepared a great feast and, while waiting for his guest, a poor man walked by and begged for food saying, “I have not eaten in three days. Please might I have a slice of bread.” Moses looked past the beggar to see if his God was coming and said, “If you can wait but a little while, I am expecting a guest and when he has come and gone I will give you all that is left over which will be far more than a mere slice of bread.” The poor man left, time passed, God did not arrive. The next day, bitterly disappointed, Moses went to Sinai to pray. “My Lord, how have I sinned that you would promise to visit and yet not come?” God responded, “Moses, We came but you did not recognize Us. For who do you think was the beggar at your door?”

I've come across this type of tale many times and feel it most fitting in this pandemic era of isolation from each other and all that we bear to maintain our wellbeing. This story is extremely similar to a lovely tale i think i recall from Nathan Ausubel's Treasury of Jewish Folklore in which a Talmudic student, determined to stay focused on his studies, shoos away a beggar only to learn that it was none other than Elijah. And the entire tradition of Elijah stories is one that exists as reminder of the hidden presence of the divine. Not to mention the stories of the lamedvovniks, the hidden saints, who commit acts of anonymous generosity and thus sustain all of creation.

One of the joys of storytelling is the discovery of similarities across cultures and time of wisdom and ethics and humour. But, as I learned from scholar Wendy Doniger, as interesting as are the similarities, it's really the differences that are the most interesting. Which, in this time of exrtremist right-wing white supremacist populism, is something we need to remember more than ever.

When I re-read Hazrat Inayat Khan's story I was reminded again of a catholic joke I grew up with as well as a Bengali tale I found in the wonderful collection Folktales of India by A.K. Ramanujan (Pantheon, 1991):

“I don’t understand it,” said the Lord. “I sent you two boats and a helicopter.”

Once there was a guru giving a lecture to his disciples about God. His teaching on this day was about the presence of the divine in everything. “God is in the trees, the stones, the river, the animals and in you,” he said. One disciple was very moved by this lecture and was pondering the teaching as he walked towards a nearby village. On the edge of the village he looked up to see a commotion down the street. Soon he saw that it was an elephant that had gotten out of control and was smashing its way down the street. The driver was madly flailing as he struggled to keep his balance on the elephant’s back. The disciple could see the damage the elephant was causing, people almost trampled, carts overturned, shop fronts reduced to rubble. But the disciple thought of the new teaching he had just received. And he considered that if God was in everything then God must be in that elephant as well as within himself. He resolved to stand in the elephant’s way and practice his new learning believing that his awareness of the presence of God would protect him and the elephant. He stood his ground as the elephant galloped towards him. The elephant was suddenly right in front of the disciple. The elephant wrapped his trunk around the disciple, picked him up and smashed him against one wall and then another. It dragged him in the street and left him bloodied and bruised in the dust. A short while later the guru came by and was startled to see his disciple injured in the street. “What has happened?” he asked. The disciple explained: “Master, I was reflecting on your teaching this morning when I saw the mad elephant. I resolved to deepen my belief in the presence of God in everything, including in the elephant. I believed that God would protect me.” “I see,” said the guru. “It is indeed true that God was in the elephant. But God was also in the driver of the elephant who was yelling at you to get out of the way.”